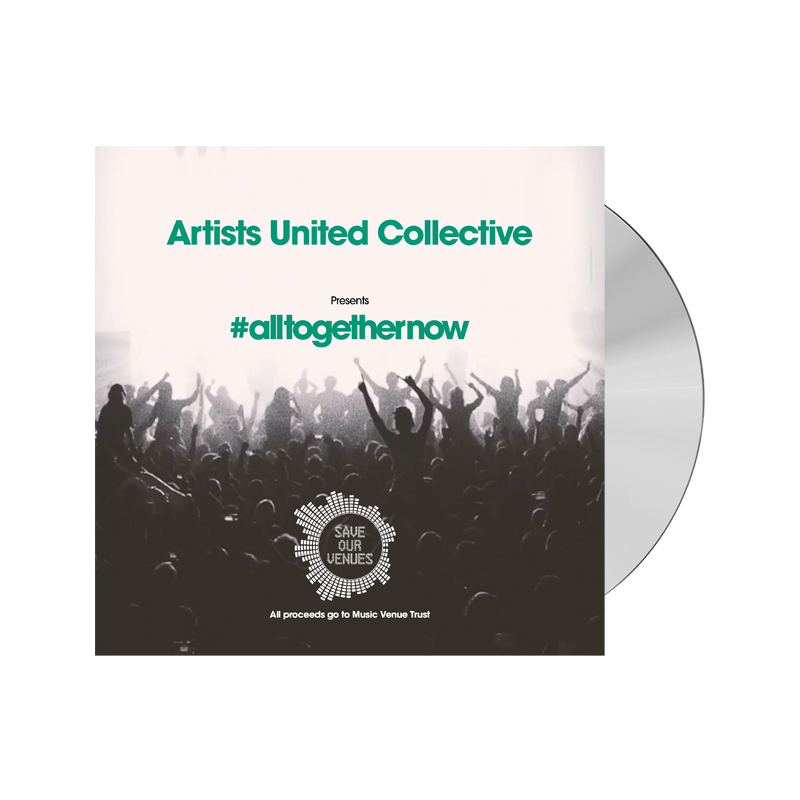 *product may differ to image displayed

All Together Now CD

It was always music or football for street kids aiming high and now, as the fabric of music in the UK remains under threat, new mega-group, ARTISTS UNITED COLLECTIVE, featuring artists such as Zuzu, Trampolene and The Crooks stamp their collective feet with a collaborative, fundraising cover of The Farm’s 1991 hit, All Together Now. Artists and organisers hope the emotive cover finds the passion of the terraces and raises vital funds for the UK’s suffering live venue community.

Woven indelibly into the fabric of UK chart-indie, the emotionally-charged All Together Now was originally released in November 1990, drawn from the Liverpool six-piece’s chart-topping album, Spartacus and reached No.4 in the UK Singles Chart. The new version, also featuring Jamie Webster alongside indie rabble-rousers Rats, The Royston Club and Shambolics, was specially recorded at a time of rising optimism that the nation’s live music venues could be open and on their way to recovery by autumn 2021. Each artist has pledged their time and energies to raise money for the survival of an industry that has given them their voices.

Stating that there are 556 venues at risk of closure, the Music Venues Trust launched the #saveourvenues campaign to draw together fundraising initiatives undertaken by artists and music fans who heard the call of grassroots venues closed by the Covid pandemic. UNITED ARTISTS COLLECTIVE is the latest gathering of musical minds to raise money for venues and venue staff and maintain public awareness that the UK’s bright summer will likely see most of the nation’s vital music venues stay dark.

Pulling together the artists, managers, labels and more of the 18 featured artists, also including The Lathums and rising stars Lottery Winners, Rianne Downey and Nikki & The Waves, the ARTISTS UNITED COLLECTIVE PROJECT has been initiated and produced by a partnership of fashion brand and music event sponsors, Scott’s Menswear, promoters This Feeling, label and management company, Modern Sky UK and Rich Turvey of Parr Street Studios, Liverpool who took up duties behind the mixing desk.